One of the best tools we have in our toolbox, and one of the most useful journaling techniques we can use is what I call a SOC. This stands for a Stream of Consciousness. Some call it a journaling sprint.

It's literally writing anything that comes to mind, regardless of how silly, inconsequential, nonsensical, weird, emotional, or unedited it might seem. It's writing whatever pops into your mind. It's throwing up on paper. It's a very rough draft.

Just write as much as you can, as fast as you can. This is the main goal of doing a SOC.

While doing a SOC might seem awkward, and you might think everything you write is trash, it really isn't.

The SOC actually brings some gems out and you capture them on the page because you write fast and don't use your censure. You do not worry about editing. You don't worry if it makes sense or if you used the best word. You just write.

The gems SOC journaling are precious and are what you will use to journal more about later.

This is the most effective and useful tool in the tool we've got for journaling. Only you might not know it until later. Let me explain.

The Process of a SOC:

Set a timer for ten minutes.

Make sure you won't be interrupted or distracted. I cannot recommend enough doing this on paper. It helps trick one's mind to find the deep and meaningful stuff swirling around in our minds. (But, make sure you have enough paper and writing utensils so that you do not run out of these in the middle of doing a SOC.)

You can do this with no journaling prompt and just write whatever comes to mind.

Or, you can start with a journaling prompt or question and write whatever comes to mind.

Then, write whatever comes to mind for ten minutes.

Keep writing. Do not stop until that times goes off and makes you flinch because you didn't expect it.

If you do not know what to write, try to write one of these questions as a way to get your mind going: Who? What? Where? When? Why? How? What if? Why not?

There are times when I do a SOC, it's tough. I write several times, "I do not know what to write." Or, "This does not make sense." Or, "This is lame." But, I keep writing. I do not stop. I write for the amount of time I've decided to write.

NEVER, Ever, Ever, Ever Throw Away or Get Rid of Any of Your Journaling

First of all, NEVER throw ANY journaling away. Never, ever, ever. Never.

Put all the journaling you want to throw away in a folder on your computer with the label of "Other Journaling" which is stuff to go through periodically.

Why do I say this?

I cannot tell you how many times the stuff I thought was trash has been the most useful and important journaling prompts for me later. No joke. The things I thought were trash have ended up being special gems and have blessed my socks off.

The journaling I have thought was trash, has been useful to me a day, month, year, and even decades (no joke) later.

Yes. The journaling I thought was terrible and trash ended up being very special to me.

Why has my "initial trash" journaling been useful to me later? It's because journaling is like the best things in life. It's because our minds need time to process. We need to live other experiences, learn more/other lessons, gain new perspective, and then the journaling we thought was so-so in the past ends up being a special mine to dig through, pick with an ax, dust off, get wet, and then we find and see the gems.

Sometimes our brains need time to sort through the material in our minds and file away, and then reorganize the files, before our brains can process the information in front of us. Sometimes things need to marinate, so to speak.

What Do You Do with a SOC When Finished?

When you write your SOC, you might know immediately if you have some gems you want to journal more about and explore. If this is the case, do so. In fact, I recommend taking those gems and doing a separate SOC for each where you write the gem at the top of the page and then journal anything that comes to mind about that. The gem becomes a journaling prompt then and use the SOC to uncover more gems from the original gem. Set the timer for five to twelve minutes and see what more you glean.

Keep a list of things to journal more about later if something jumps out at you, but you just aren't feeling it yet to pursue. I file these in a "Journal Later" file.

How Often Should You Do a SOC?

At least once a day. Preferably two to five times a day. Or even more.

A SOC is a mine to dig through and find the gems.

This is the most useful tool in the toolbox and way to journal.

How Does a SOC Become a Gem?

A SOC reveals things you would not have been able to uncover any other way.

Reading the Book of Genesis and Thinking It Through

So far I have read Genesis 1 to 25 as I slowly, carefully, and purposefully read, think, journal, and pray through the Bible cover to cover. Never has reading through the Bible been so fulfilling. I am loving it. It's been a very special time. And it's changing me.  Journaling Prompts or Questions: How about you? Are you reading (or studying) the Bible right now (any chapter or book)? What are you getting out of it?  (Add a comment at the end of this blog post. I would love to hear your response and we can share in our journey through the Bible.) 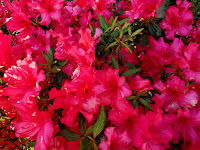 Appreciating life as it is: Counting our blessings

A Journaling Thought: Appreciating life as it is: Counting Our Blessings If we do not appreciate what we have now, how can we ever appreciate what we do not have and wish for. The misery, and the feeling that something is missing, in our lives is often caused by failing to count your blessings for your life, as you know it, right now and in this moment. Being thankful for what you have in the present tends to help us live better lives. Count your blessings, not your challenges or cursings or shoulda-woulda-coulda’s. Our lives are deeply blessed, if only we would slow down long enough to look for our blessings, count them, and write them in our journals. Journaling Questions or Prompts: Count 25 blessings fast in your journal. Do this every day for the next month. Do this every day for the next year. How different would your life be if you counted your blessings rather than worry, get upset, etc.? 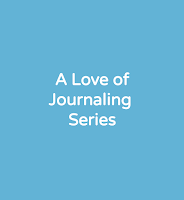 What is Journaling?  Journaling is capturing your life on the page. That’s the simplest definition. Journaling is writing about your life on the page, whether it’s one sentence or millions of words. It’s writing about who you are, what you do, about your day, about your life, what has meaning to you, what you think, what you feel, your dreams and goals, your memories, lessons learned, reflections, to-do list, buy-list, your hopes, your fears, your blessings counted, your challenges, books you read, and so forth.